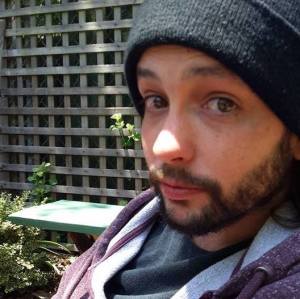 Jason Whitacre, performance artist and writer, was born and raised in Orange County, California and grew up in theater and film.  He  currently resides in San Francisco, where he is a regular performer at the reknowned “open mic wthout a mic” at the 16th and Mission Bart Station on Thursday nights. His poems are published in the “16th & Mission Review” from 7th Tangent Press, which can be found at the Berkeley Public Library and on the bookshelves of discerning members of the SF underground lit scene.